Raees is a character who cannot see what’s written on the board, but when he picks up a gun, his aim is perfect…

As simply as I can put it, the story is about a businessman from Gujarat who engages in making alcohol available in the state and in the process, encounters various difficulties in the name of politicians and an honest cop.

Now this film is a film in parts. Its a very disjointed film. You definitely do expect a lot from director Rahul Dholakia after the amazing, mind blowing Parzania, but he doesn’t meet your expectations. He’s not even close. The narrative doesn’t flow in one direction and the songs just come up from no where. Imagine a film with actors like Shah Rukh Khan and Mahirah Khan dancing to peppy numbers, but still Sunny Leone’s Laila Mei Laila is the only song that seems in place. No matter how much I love Zaalima, but kahi se bhi desert la doge too nahi chalega na!

Coming to the performances, first things first, Shah Rukh Khan plays the bad guy really well. He is very convincing as Raees and goes completely into his character looking so amazing in those Pathani suits. 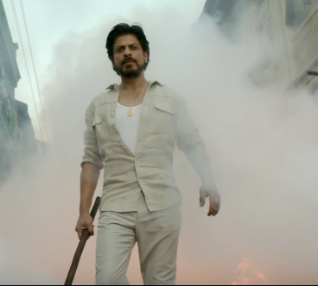 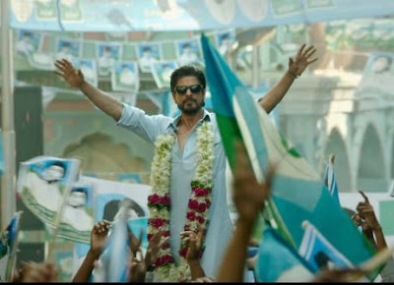 Now lets go to the other characters, Nawazuddin Siddiqui compliments Shah Rukh Khan oh-so-perfectly. How is this man so talented? Just a few days back we saw him as a tharki man in Haraamkhor and here he plays a cop named Majumdar with equal panache.

Mahirah Khan is beautiful and coruscating, but she doesn’t have a part only. She is just there singing and dancing and occasionally crying. Beech mei ek do dialogue bhi hai but emmm.

Aur mujhe ek bahut badi problem hai film se. So Mahirah Khan announces that she is pregnant, and then some dialogues anda  song later, abrakadabra, the baby is there. There is no baby bump, but the baby is there. Though they do say ‘1 year later’, but it doesn’t feel real enough.

All in all, Raees is a battle between Raees and Majumdar which is completely skippable.

If I had to rate the film, 30 minutes into the Raees I wanted to walk out, but baithna padta hai…

DISCLAIMER: All the above images have been taken from Google. None of them have been clicked/created by us.