Jolly LLB 2 is not just a court room drama. It’s more than that. It highlights everything that is wrong with the people around us, those in power, those without it and the Great Indian Judiciary…

The story is about Jagdishwar Mishra who is known as Jolly who acts as an assistant to an established lawyer jiska naam mei bhool chuka hu. In order to open his own chamber, he tricks an eight month pregnant Hina Siddiqui played by Sayani Gupta whose husband has been murdered. But later, his guilt kicks in and he fights her case.

Writer, director Subhash Kapoor seems to know the Indian Penal Code completely. His knowledge of the same makes you wonder if he could be a judge himself. The writing is gripping and humorous. There are certain moments in the second half that take a low, but otherwise it’s all on point. And in films like this, it is the writing that takes the lead. My favourite part of the whole film was when Saurabh Shukla deals with a matter as personal as his daughter’s wedding in the middle of the court. He has to fulfil her demand of a Manish Malhotra lehenga, correct errors on the wedding card and practice his moves on Alia Bhatt’s Gulabo.

The supporting actors play their parts very well. Annu Kapoor’s portrayal of the anti hero, Kumud Mishra’s villainous cop, Huma Qureshi’s supporting wife and Sayani Gupta’s helpless widow is all amazingly done. But why is Sayani Gupta doing characters like this? After playing Khanum in Margarita with a Straw, you expect her to do something great, but no. In just one scene from Jolly LLB 2, you can see the amazing potential in her but all is being wasted. 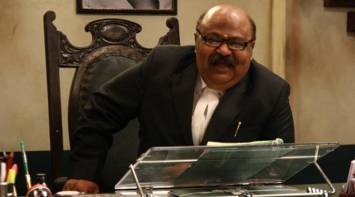 Saurabh Shukla also plays a supporting character, but he deserves a special mention. This man is so talented that seeing him on screen will make you go through an existential crisis all over again. As if I’m not already going through one!

But this is an Akshay Kumar film. Literally. He’s all over the place, and all in good sense. Over the years, with films like Airlift, Holiday, Special 26 and Baby, Akshay Kumar has proved that he is a boon to the world of cinema. His portrayal of Jolly is what perfection is all about. After replacing Arshad Warsi in the franchise, there were talks about the film becoming commercial, but there has been no loss of substance.

When earlier I said this is an Akshay Kumar film, I meant it in every aspect. He has monologues against the system, gets shot by the bad guys when on duty and dances songs I didn’t really understand. Come on ek do seetiyan toh bajni chaiye… 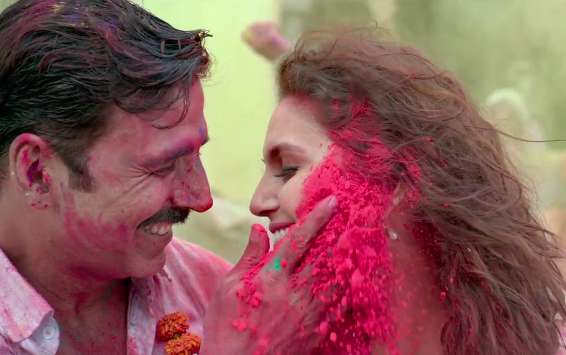 All in all, Jolly LLB is a bouquet with three flowers, Akshay Kumar, Saurabh Shukla and director Subhash Kapoor. But in this bouquet, the leaves also add to the beauty.

If I had to rate the film, statistically, India has 1 lawyer to every 1 lakh people. That’s the state of our country!

Disclaimer: All the above images have been taken from Google. None of us have been clicked/created by us.