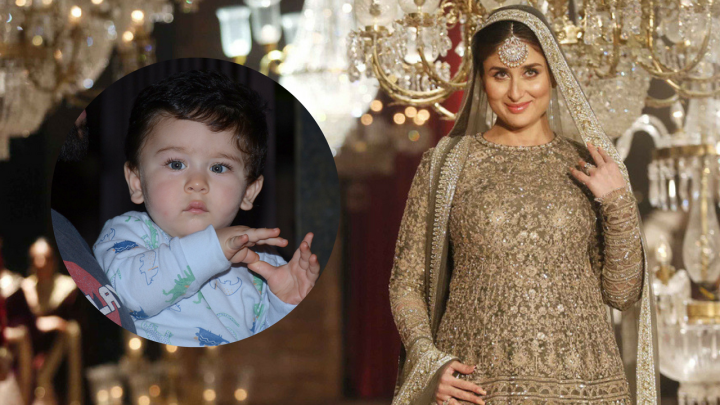 No one has done pregnancy like Kareena Kapoor Khan in Bollywood. The star diva has not only managed to stay in shape after her delivery, but in less than a year since then has even shot for an entire feature film.

Recently, while speaking with a leading fashion magazine, Bebo revealed, “I have gotten back to shape, yes, thanks to a combination of pilates and yoga that I have always done. These are two regimes I try to find a balance between. As long as everything is in moderation, it all works out. I have just done one film after Taimur’s birth, so I make time for him as well. It is about doing something that I love and being a parent as well. I am content balancing it all.”
On what advice she has for working women to become healthier, Kareena said, “For me, it has been a combination of workouts and a long journey of nearly nine to ten months of being really dedicated. I have always eaten healthy even though I do indulge in black forest cakes, French fries, and pizza, I don’t eat those things every day. I have predominantly been a vegetarian and so I have a green vegetable in my meal at least once a day. I brought that change in my husband and I hope my son will also follow in my footsteps. We are not voracious meat eaters, we don’t cook meat at home, it (eating non-vegetarian food) is just a once-a-week thing. It doesn’t have to mean we have to be boring. It is just eating everything in moderation.”
Credits: Harper’s Bazaar Bride