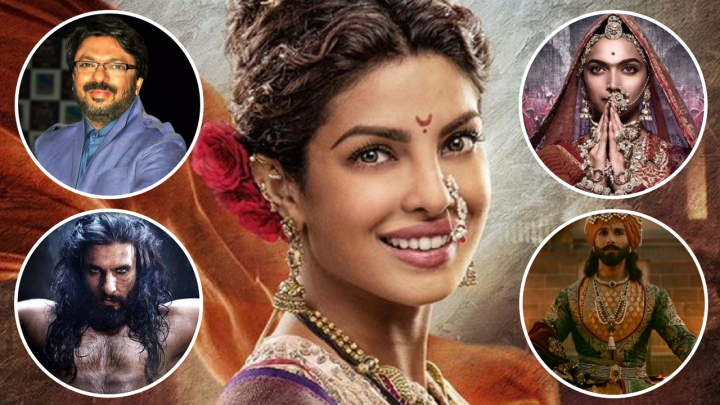 Sanjay Leela Bhansali’s Padmavati is finally going to see a release soon, probably on the 5th of January. But it hasn’t been an easy task for the entire team of the film. And we are just glad that the whole of the fraternity stuck together and supported Bhansali and his work of art. The latest addition to voice the support is Priyanka Chopra. Chopra, who is busy shooting for the third season of Quantico in the US is now in India to celebrate the holiday season with her family and sign a Hindi film.

The Bajirao Mastani actress stated, ‘’I have an incredible relationship with Sanjay sir and I admire him tremendously. I know that this will come out and I know people will see the art behind it. They just have to make sure that everything is sorted. I will always stand by not just Sanjay sir but also Deepika, Ranveer, and Shahid for the film.’’

Meanwhile, PeeCee is in talks with Bhansali to star as poetess Amrita Pritam in poet Sahir Ludhianvi’s biopic Gusthakiyan (to be directed by Bhansali himself) but she hasn’t signed the film yet. Only time will tell which Hindi film is our desi girl signing!