You don’t walk into a film like Tiger Zinda Hai and expect cinematic elements like plot, character, narrative or even logic for that matter. You go for such a film without thinking much about it. But what if it still disappoints? Let me put it this way – what if it disappoints in the first few minutes of the film?

Ali Abbas Zafar has taken on a popular film franchise, started by Kabir Khan but he does nothing compared to what Khan could have done had he worn the directors hat again for the sequel. The film is about 40 nurses, 25 Indian and 15 Pakistani, who have been captured in Iraq and of course Tiger and Zoya are the only two people who can save them. This is the first time when the powers of ISI and RAW come together and save these young women. What we get is a series of brilliantly choreographed and shot action.

My problem with the film is on various levels but again, as I said you don’t expect from such a film. You need to keep the cinematic concepts aside. But uske alawa bhi toh problems hain na! All the action sequences in film seem to be borrowed from every possible source, the director would have known. And even though I can overlook the cinematic aspects, I cannot overlook logic. There is no logic in the film. I mean, Salman Khan is trapped, and when I say trapped, I mean trapped, but he escapes. And not once or twice, but every single time. And even if you tell me that I am supposed to overlook the absence of logic, at least give me a story that is entertaining. 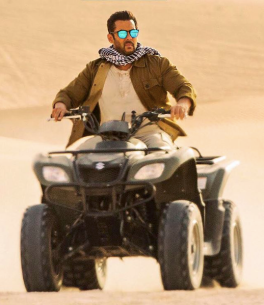 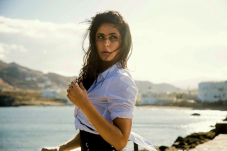 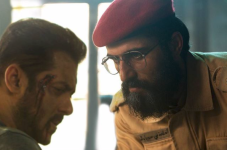 This is a film that Salman Khan fans will definitely like because it just enhances his stardom while the script goes for a toss. And so much so, that all the other actors are reduced to mere props. Kumud Mishra and Paresh Rawal do make an impact with their humour but the film is just about Tiger. Debutante Sajjad Delfrooz as Abu Usman is good and I really liked him as the anti-hero but again, it’s Tiger’s film.

Finally, there is Katrina Kaif, who hasn’t mastered the art of acting or isn’t even anywhere close but hats off to the effort and hard work she put in this film. She definitely needs to work a lot more on her acting and drama abilities but she sure can pack a punch! 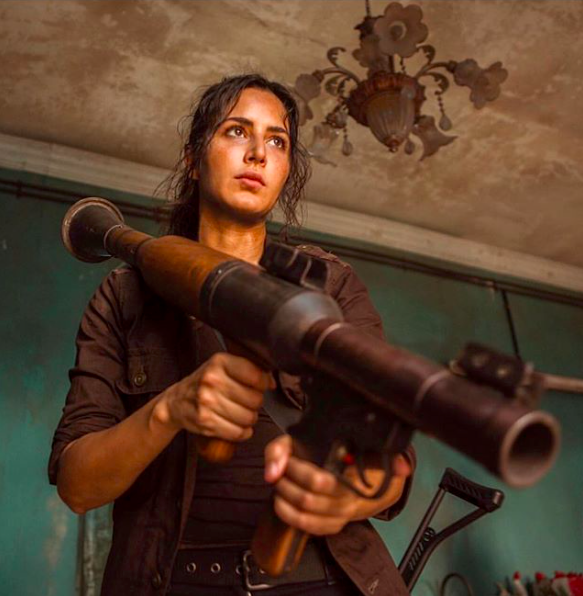 All in all, go for Tiger Zinda Hai if you’re a loyal fan of Salman Khan and if you can overlook logic. Because I don’t think that growing a French beard (for Salman Khan) and cooking and cleaning (for Katrina Kaif) refer to attributes of aging.

If I had to rate the film, Salman Khan fights 100 armed men alone. With ONE gun.