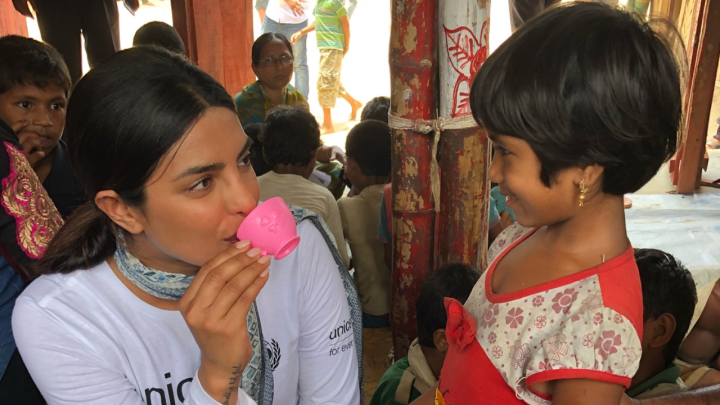 Priyanka Chopra has been a goodwill ambassador for UNICEF for a couple of years now and after travelling to places like Jordan and South Africa, Chopra recently visited Bangladesh and interacted with kids, providing them a small ray of hope that there is good in the outside world.

While speaking to BBC, the global star said, “I have a gentle heart. I feel very emotional and sensitive towards especially children because they’re innocent. They have no hand in anything, they don’t know anything. They just know that they’re living a life which is horrific. The Rohingya refugee crisis is one of the biggest humanitarian crisis in the recent times. There are so many children that don’t have access to basic education, that don’t have access to food, water, shelter.”

“The solution would be that they have citizenship of their own country. But I’m not a political figure. I can’t make laws or shift law makers. That is, like they say in my business, higher than my pay grade. But I think what is more important right now is for us to be able to recognize that there are so many children in a situation where they have nothing. They don’t have clean water and that should be a worry for us.”

On the work front, PeeCee will soon start shooting for Salman Khan’s Bharat, which is slated to release during Eid next year .