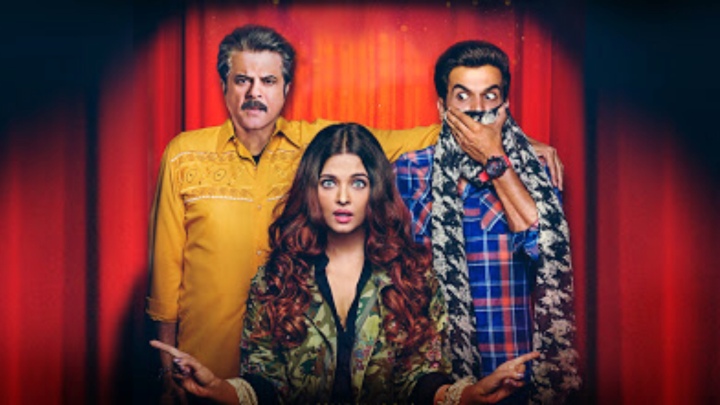 It is very very difficult for me to not have a good time while watching a Rajkumar Rao film, I’m that big a fan. Even when I watched the slouchy Behen Hogi Teri, I had a fairly decent time because of the talent that Rao is. But while watching Fanney Khan, the only thing I was thinking about were the end credits. I just wanted them to appear on screen. Even the always reliable Rajkumar Rao didn’t seem so reliable here. And the problem is not with him, but with the writing altogether.

Fanney Khan is the story of a father, who wants to become a singer but since he can’t, he wants to make sure that his daughter becomes the next Lata Mangeshkar. And in this attempt, he kidnaps the sensational pop singer, Baby Singh along with his friend.

The writing of Fanney Khan, and even the direction, by Atul Manjrekar is so poor, that as a film, Fanney Khan never takes flight, and as a character, it doesn’t even aim at taking flight. Time and again, it has been stressed that without proper writing, no matter what talents a film has, it won’t work. You can make it work to a certain extent but not beyond that. And Fanney Khan doesn’t even work to that extent. The writing of this film is, in fact, so lazy that by the end of it you wonder if the writers and director watched Slumdog Millionaire and Secret Superstar back to back and made a ‘whatever’ out of it.

Anil Kapoor, Aishwarya Rai Bachchan, Rajkumar Rao and Divya Dutta are actors that do not need to prove their talent. They’re all past that phase where they need to ‘make it’, because they’ve already made it. Time and again, they’ve all proved that they’re capable of telling us stories beautifully, that they’re capable of making us believe in the characters they play. But in Fanney Khan, they sadly can’t. And above everything, I’d blame the really unfortunate direction and writing.

Anil Kapoor as Fanney Khan is very unbelievable. He plays a father, who has dreams in his eyes, but it doesn’t seem real, believable. You can’t question the talent of Kapoor at all. But after this film, you might just like him more in the Race series, than in this film. His way of calling out to Cherry, his assistant in Race 2, seemed better to me than him telling Rajkumar Rao what his dreams for his daughter are.

Aishwarya Rai Bachchan plays Baby Singh, and like Baby is a one dimensional character, so is Rai Bachchan’s performance in this film. She looks great, dances really nice, but when it comes to expressing her emotions, it doesn’t quite work.

I’ve already expressed my love for Rajkumar Rao. Even though there are moments that he’ll make you fall in love with him, but these aren’t enough. Like Kapoor and Rai Bachchan, he too falls prey to bad writing.

Divya Dutta’s character of a mother is the only better written character and she plays her part really well, but does one supporting character save the day? Perhaps not. Pihu Sand makes her debut as Lata, and even though hers too is a badly sketched role, she does show potential.

What I really don’t understand is why a bunch of such talented actors would agree to do such a film. It’s agreeable that one of them could make this mistake, any one. But all?

All in all, Fanney Khan is the most skippable film of the year!

If I had to rate the film, I’d genuinely watch Behen Hogi Teri on loop all day rather than watching Fanney Khan even once.