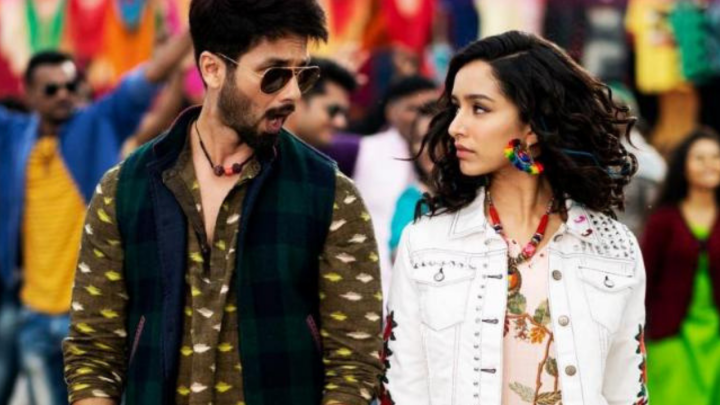 There is bad filmmaking, then there is worse filmmaking and then there is Batti Gul Meter Chalu. I don’t know where to begin and where to stop, exactly how director Shree Narayan Singh might have felt while making the film. BGMC is such a film, where absolutely no one from the cast is convinced that jo hum bana rahe hain, jo hum kar rahe hain, sab galat hai.

What the film is about, and what happens in the film is all in the trailer itself. Everything. So, we know it’s an (absurd) love triangle (between three friends, Sunder, Sushil and Nauti), that it is about problems associated with power supply and the capitalism involved in the process. What we also know is that one of these friends, Sunder (Divyendu) commits suicide because he can’t pay his very heavy electricity bill, and so to pay this bill through insurance, he drives from a bridge into the Ganges.

Apart from the love triangle, this is a very good concept. It’s a great message that director Shree Narayan Singh has wanted to convey. But his storytelling is not just absurd, but rather absent. There is meat in the concept, but not in the narrative. Whatever there is to know and see is there in the trailer. Singh spends so much time building up to the major conflict that by the time he reaches there (the second half), you’ve already left the theatres. And even if you sit past the interval, you realise ki second half mein bhi kuch hai nahi. The problem with Toilet: Ek Prem Katha was similar, there was too much build-up, but somehow, there it worked better than in BGMC, possibly because of Akshay Kumar and a little intelligent writing.

And what’s worse about this film is that each of the actors just takes it downward. No one knows where the film is going or what it’s supposed to be, but everyone is doing something. Shraddha Kapoor as Nauti gives a one-toned performance. And so does Divyendu. While this is expected of the former, the latter is known to play his characters earnestly. But here, he fails miserably (read: bad script). Yami Gautam also appears from some moments but what a fail her scenes are!

But the worst of them all is Shahid Kapoor. Kapoor is an actor who has given us fabulous performances in Haider and Udta Punjab recently, but here he not only fails to deliver but falls to a level he has never fallen to. An appropriate word to define his character and his performance even would be irritating.

The film is also anti-feminism. Mr Singh, when you made TEPK, just a year ago, a film pro-feminism, fighting not only against open defecation but also women not having access to basic necessities, how do you justify making an anti-feminism film? Shraddha Kapoor’s Nauti is a well-written character, but only till the first hour of the film. She’s empowered and knows where she wants to be, but later, she just becomes a flower pot in the film, losing all perspective. Another instance is when Yami Gautam, in the courtroom, says, “Ab facts aur figures ki baat kar le?” And to this, Shahid Kapoor replies,

Mr Kapoor, do you realize, that as a social figure, you have a certain responsibility? I agree that this is a character you’re playing and you’re probably never going to make such a comment in real life, but I want to know in what frame of mind do you think this is a ‘correct’ dialogue to use. What if someone uses the same on someone close to you, someone you know? Even in jest, that will be wrong. But this is all secondary. What’s prime is that how responsible are you as an actor? In another scene, your character says to Shraddha Kapoor’s character that you’re making her your girlfriend her kyuki tu teen aurton wale ghar ki theri. Please explain!

All in all, with Batti, Singh gives us one of the worst written and performed films of all times.