Why is it so that in both the films with the trio of Shahrukh Khan, Anushka Sharma and Katrina Kaif, Kaif has turned out to be the best of the lot? This was the case in an incoherent Jab Tak Hai Jaan and in a pointless and redundant disgrace to cinema that Zero is.

In the past, Aanand L Rai has, with superstars Sonam Kapoor Ahuja and Kangana Ranaut made masterpieces of Indian Cinema. While the acting chops of one of these ladies may not reach upto Rai’s cinema, he did make to work. Both Raanjhanaa and the Tanu Weds Manu series were films about regular people, dealing with regular, everyday problems. In Zero Rai brings to life small town Uttar Pradesh (Meerut) like he had in his previous films (Benaras and Kanpur) but with the stardom of Shahrukh Khan, he forgets his own heart. And the same for Rai’s writer in each of the above mentioned films, and now Zero – Himanshu Sharma.

Zero is about Baua Singh (Khan), his love for Aafia Yusufzai (Sharma) and the facade that Babita Kumari (Kaif) is. Baua is a 39 year old, vertical challenged man and Aafia is a scientists who has discovered water on Mars, has the same second name of one of the world’s most powerful woman – Malala Yusufzai and has no sense of self respect, and she also has cerebral palsy. Rai makes these two characters fall in love, depicting that two halves make one whole. On the other hand Katrina Kaif’s Babita is a superstar who has just broken up with her ex-boyfriend and is now leading her life almost on alcohol. How Sharma and Rai intersect these three lives and their connections is not just bizarre but a slap on the audience’s face.

Hindi films exist to suffer the curse of the second half and Zero is prey to the same. Only that, the curse begins halfway into the first half. Rai starts well. Baua lives with his family, each of them weird in their own senses, in small town Meerut. He’s a fan of Babita and he pulls that part off with such perfection. But as he moves on from being the “small person” he is supposed to be and falls in love, the film falls apart right then. Funny one liners are now replaced by dialogues about ishq, mohbbat, pyaar but nothing’s new. We’ve heard it all before and probably in Shahrukh Khan films only. It sure is high time that Khan realises that now just his dimples (which are referred to in the film many a times) and his iconic pose with hands wide open are no longer of any interest to the audience. We’ve seen it all and now, we’re honestly bored.

In a time when we have actors like Rajkummar Rao, Ayushamann Khurrana and Vicky Kaushal moving from set to set, becoming 3-4 different characters and delivering all these films in one single year, we can’t have Khan do one film a year, all of them exactly the same. The audience now wants a good script more than ever. Peppy item numbers, heroines in short clothes, a few one liners here and there and Khan’s brand image can no longer save the day. Salman Khan’s Race 3, Aamir Khan’s Thugs Of Hindostan have been victims of being a film without a script and Zero will see the same showdown.

Zero is not just a joke as cinema but also towards science and logic. I don’t really expect logic in such films but you can’t make fun of science. You cannot send a chimp to Mars just to test if it’s possible for humans to go there too. And then you can’t send Baua to Mars just because he’s the size of the chimp. Baua is a 10th fail. Do you not understand what that means?

What’s as clanky as the writing are the performances by Khan and Sharma. Shahrukh Khan gets into the skin of Baua with great ease but he cannot seem to leave his stardom behind. As an actor, he should be, but isn’t willing to strip himself of a man waking up at Mannat everyday. And hence, his performance remains inconsistent. It seems like, as Baua is so full of himself, so is Khan. Like Khan, even Anushka Sharma is inconsistent in her performance. Cerebral palsy ha been attempted in Hindi Cinema with Kalki Koechlin’s Margarita With A Straw and that’s genuinely how it is supposed to be done and Sharma just can’t do it right. In fact, by the end of the film, my only thoughts were that why were Baua and Aafia given these disabilities, because neither contribute to the plot. In fact, you see the film making fun of their disabilities and disabilities in general.

The game changer here, however, and very very surprisingly, is Katrina Kaif. She has lesser scenes than Anushka Sharma but gives it everything she has, probably more than what she’s given all her films collectively. This is her best performance till date. Smudged eyes, almost always drunk and crying and thinks too little of herself – Babita represents the evil side of the film industry and Kaif nails the part! She is the best thing about this film, as she was in Jab Tak Hai Jaan.

Deepika Padukone, Kajol, Alia Bhatt and other leading ladies, including the lovely Late Sridevi Ji make appearances, but how much can a film rest it’s shoulders on cameos? The songs do little or nothing and the background score is just plain terrible. I’d rather recommend you watch Aquaman again, this time, in Hindi.

All in all, Zero is Aanand L Rai’s worst film ever (future inclusive). While I was watching the film, a little before the end credits rolled someone from the audience shouted, “Is film ko Oscar milna chaiye, for being the most torturous film of the year,” and I don’t think I could agree more.

If I had to rate the film, seedha seedha bolta hu, I’d give it one star, only for Katrina Kaif… 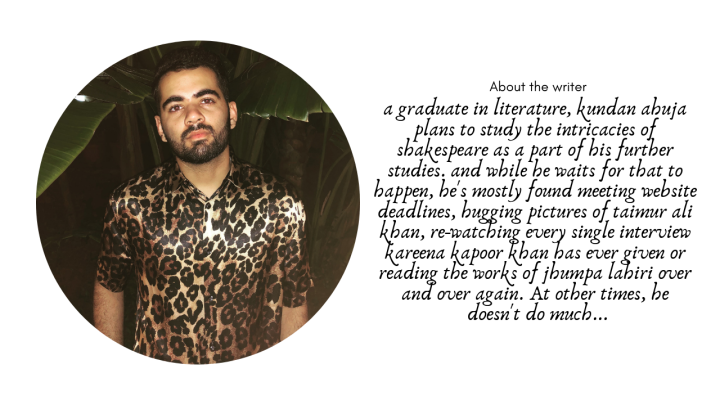 One thought on “Zero: A mental torture in which Katrina Kaif shines the most!”