Birthday Special: The Brilliance of Balan

I clearly remember my first chance encounter with Vidya Balan, over two years ago, when I was working at a leading entertainment magazine and there was a party I was supposed to attend. My only question to my bosses was: Is Vidya Balan going to be there? They didn’t have a confirmed answer but to keep my heart in place, had said yes. And when I saw her, walking in, in a black saree, a rani pink and golden border running around it, everything around me stopped. As cheesy as it sounds, it is true. At once, I saw in her, shades of Lalita, Avni, Krishna, Sabrina, Silk, and Vidya Bagchi – my favourite characters of her, till then. As we stood there, in a very crowded Korner House in Bandra,  I saw such a happy human in Balan, a kind I probably had never seen before. I am not one to read the colours of people’s auras but I can definitely sense their vibes. And Balan oozed out just happiness and love that she had for the people around her, for her art and most importantly for herself.

It’s perhaps this love and dedication she has that shows in each of her works, even if they’re of non-cinematic genius. And the best part about Balan is that she knows which of her works don’t match up to her own level of genius, and what is the kind of film she should perhaps not do because that is just not her. If my memory serves me right, I remember, at an interview, Balan had said that she looked like a mustard field wearing a mustard yellow saree in Heyy Babyy. The fact that she can so blatantly admit where she went wrong is sign of true talent and faith in the talent.

In one of her finest and most layered performances in The Dirty Picture, you see Silk at a temple asking for what she rightfully needs and demands. Even the Almighty at that moment believes in her sincerity. The Dirty Picture is full of moments where Balan is just plain terrific. But this is one moment where you see the conviction in her eyes, you see the honesty with which she thinks that she is capable of demanding whatever it is that she wants out of her life. When I sat down to understand why this particular moment was a stand out for, I recalled another interview I had watched, of Balan, where she had said that when early in her career, film after film got shelved, or she got replaced, or things didn’t work out somehow, she turned to the powers of the Almighty and said, if you have dangled the carrot in front of me, you show me a way to get it.” These are the parallels I drew almost subconsciously. Out of my love for the actor and human in Balan.

And such a human she is, I remember going up to her, at that party, with a thumping heart, asking for a picture and a selfie – I needed both. In her words, “how will you click a selfie, there is no light here!” and then the screen flash came on and she added, “you have to teach me this!” My heart was still bursting, crying with joy and I was actually shaking. At another instance, a friend of mine had an encounter with Vidya Balan at FabIndia, Khar, and she immediately called me up and told me about it, and to me utmost excitement, handed the phone to Balan. I didn’t know what to say. But I did ask her for an interview, which has always been long due, of course due to many reasons. 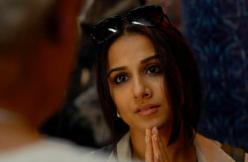 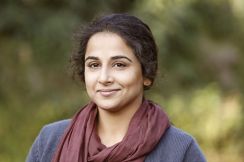 I fell in love with the artist in Balan around the time of The Dirty Picture. I had watched her films before that, but as a layman child. When I watched The Dirty Picture and the extreme nuances Balan added to Silk, I went back to all her works, from Parineeta, Salaam-e-Ishq to No One Killed Jessica. And I saw a different woman in each of these characters. It was as if Balan had forgotten, entirely, who she was, where she came from, where she’s headed, to become these women, these strong powerful women. Very early on in her career, Balan made the choice to do films that didn’t just treat her as eye candy, or second fiddle to the hero. Whether these choices were a conscious effort or subconsciously made, Balan would be the better and only person to answer that. But the choices she made, made her unique. And directors and storyteller perhaps saw their powerful leading lady in her. She changed the general narrative of Hindi Cinema. With characters like Silk, Vidya and Sulu, among others, she carved a path for women at the movies, demanding that they had talent and credibility of their own and can be as bankable.

While I’ve loved almost all her characters, Sujoy Ghosh’s Vidya Bagchi from the 2012 Kahaani remains an absolute favourite. I anyway do have a very different kind of love for stories based in Calcutta (Kolkata for the more politically inclined) and now, Kahaani is a benchmark. As a pregnant, lost woman, Balan gave Bagchi possibly more than she could’ve. It is, by far, Balan’s best perfromance, followed by her act in The Dirty Picture. In one scene in the film, when Bagchi and Rana, the police officer, are talking to the receptionist at Monalisa Guest House, but he’s busy talking to just the policeman, Bagchi shouts, “Kya sir sir laga rakha hai? Mujhse baat kijiye na!” And you can almost hear Balan screaming for women’s rights in a scene which is not about it. Kahaani was a film depicting Shakti and at the hands of even a tad weaker actor, Sujoy Ghosh’s story wouldn’t have been etched in history like it is today. Of course it would have been a fabulous script even with someone else, but with Balan, it makes history. And I must admit that I’m happily guilty of having watched the film innumerable times since its inception on Netflix.

As we walk into another phenomenal year at the movies, here’s hoping additions to the brilliance of Balan and that I finally get the interview I’ve always dreamt of… 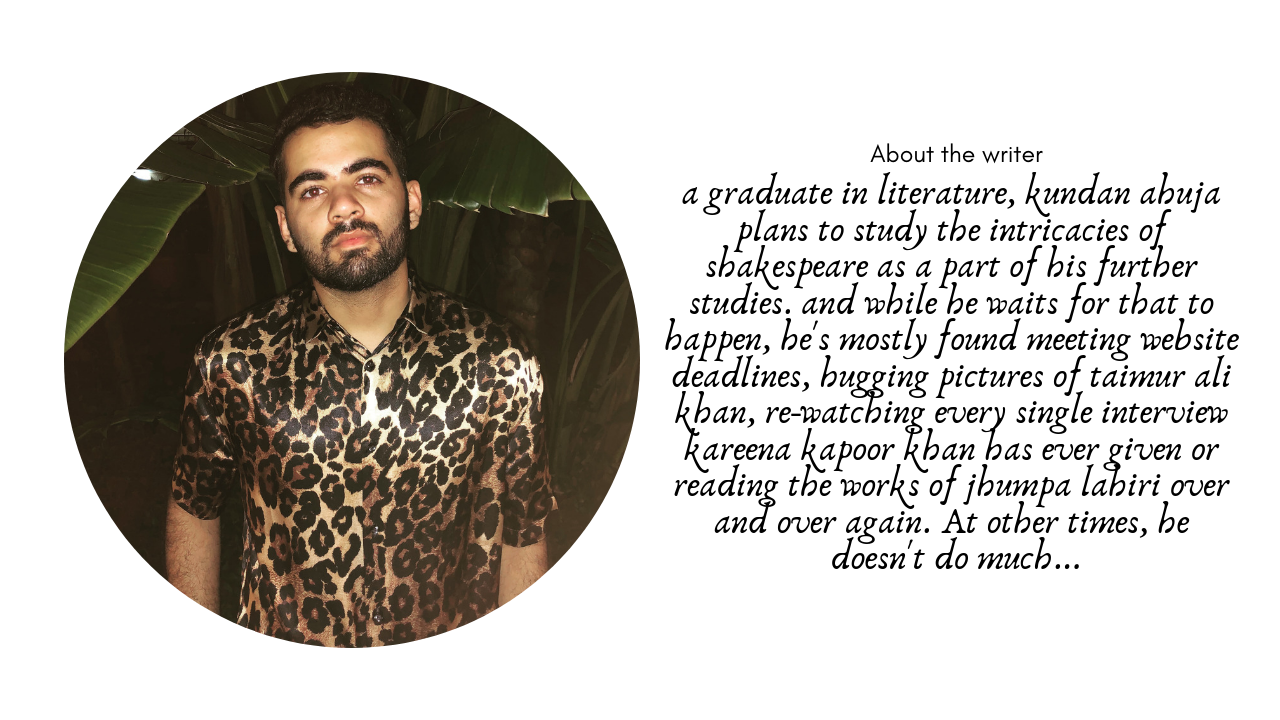