Two days back, Zaira Wasim announced her withdrawal from films, owing to a number of reasons, happiness and her religious identity being the major ones. Wasim’s reasons to quit the industry are not prime to us, it is something very personal. If acting doesn’t make her as happy as it should, we truly support her and her withdrawal. 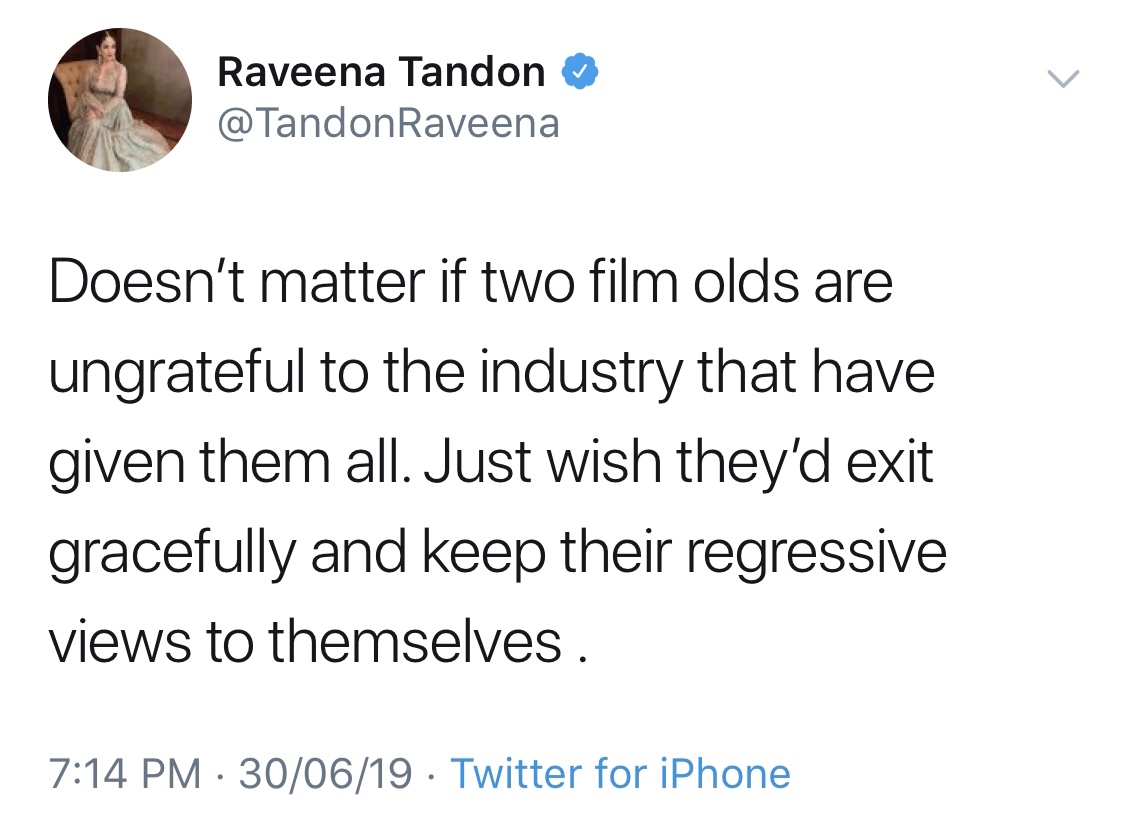 After receiving a lot of backlash for her tweet, Tandon deleted her tweet. While we have nothing against Tandon, it is imperative for her to realise that Wasim may be two films old, but she doesn’t have to be “grateful” to the industry, and who are we to say she wasn’t? It was Zaira Wasim’s talent that brought her wherever she was. Does Tandon think, that a perfectionist like Aamir Khan would give Wasim a film of her own (Secret Superstar) had she not been talented enough?

After Dangal and Secret Superstar, The Sky Is Pink will be Zaira Wasim’s last film.