Anil Kapoor headlined the iconic Mr India, which released in 1987. Shekhar Kapoor was the director of the film while Boney Kapoor the producer. A few days back, we told you that Ali Abbas Zafar will be helming a reboot of the film, in his own way. While we agree that the copyright of films is in the hands of a producer and that it is his/her choice to sell the remake rights to someone, for a film like Mr India (or any other, for that matter), the least that could’ve been done, is that Anil and Shekhar Kapoor should’ve been informed, because although both of them do not have a legal say in this, there are creative rights that both of them hold.

How we know they weren’t? Shekhar Kapoor, Sonam Kapoor Ahuja and Rhea Kapoor took to their social media handles to express how wrong this is.

We sit with writers from day one, but are not the writer. Help actors hone performances but are not actors. Develop and create visual language of film. Slave hours over editing consoles. Directors lead and inspire every aspect of a film and have no creative rights? #MrIndia 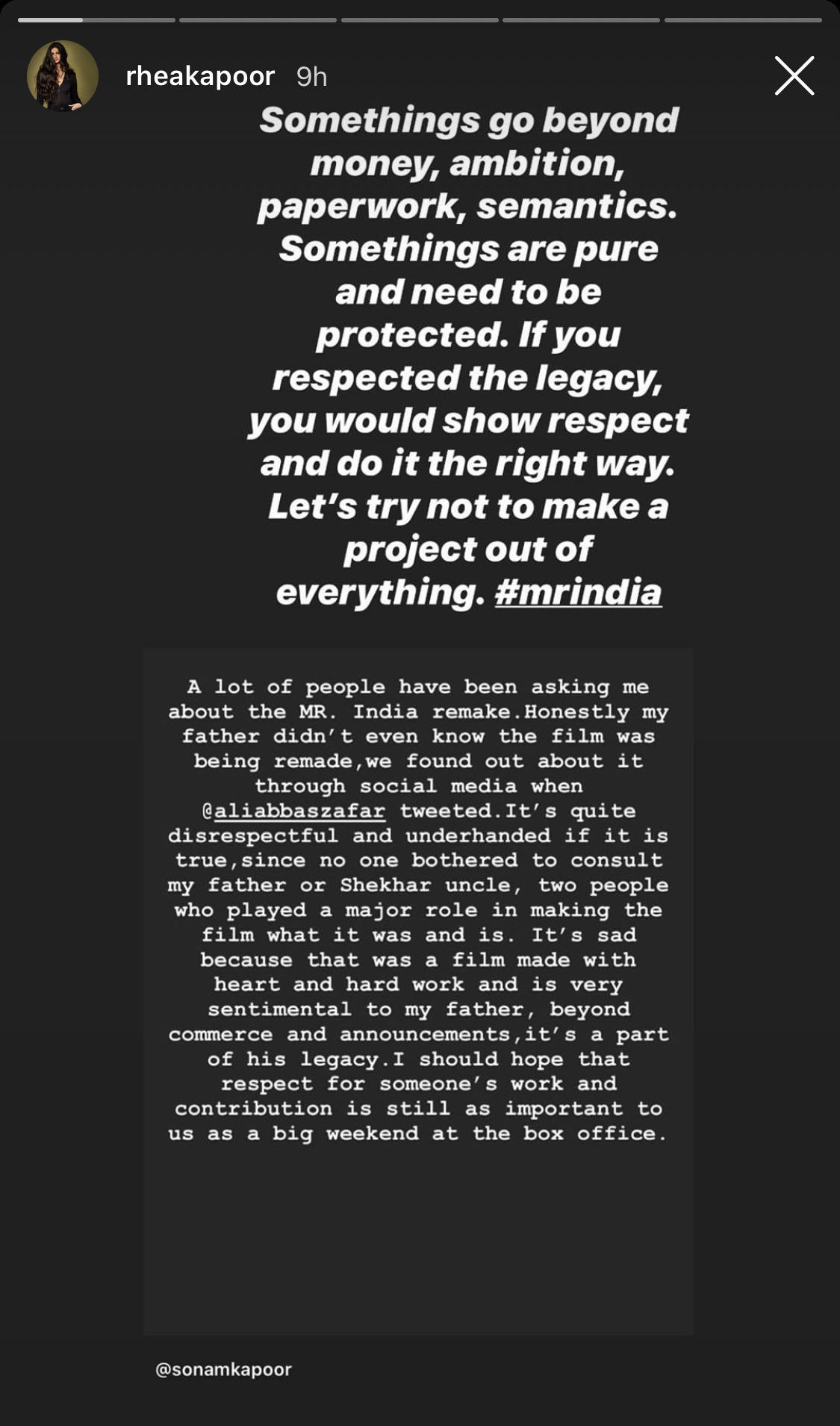 Again, while we agree there are no legal rights with Anil Kapoor and Shekhar Kapoor to question this remake, they do have the creative liberty to do so. What’s important is also to recognise Mr India as one of the finest films coming out of Hindi Cinema. So if, Boney Kapoor is being consulted, Anil and Shekhar Kapoor can at least be informed, if nothing. More than a business decision, it’s basic courtesy.

Summer isn’t even here yet (Bombay is not included in this) and Malaika Arora (@malaikaaroraofficial) has already taken over the season! In @georgeschakraofficial @gehnajewellers1 Styled by @tanghavri