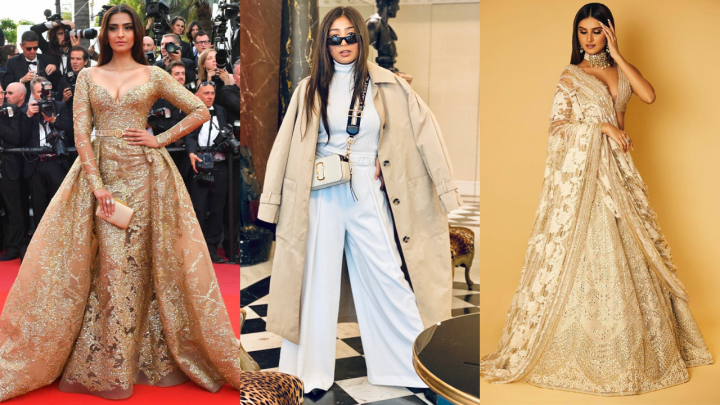 For styling to emerge as a profession, in India, the Kapoor sisters – Sonam and Rhea – need to be given a lot of credit. While it must have been their sole vision to bring Indian Fashion (even with global designers) on the global map, the two sisters also gave way to an new career to numerous young girls who saw dreams in ball gowns and breathed A-line skirts. One among the many girls who have seen such dreams is Meagan Concessio, who began styling about 10 years back, and today is one of India’s favourite upcoming stylists. I mean, we’ve all seen the kind of magic Concessio has done on Tara Sutaria, Lisa Mishra and Shanaya Kapoor (among others) in the past. After assisting Rhea Kapoor for a couple of years, Concessio went solo. Even today, she’s happily assists Kapoor in her work, because for Concessio a lot is about her roots. In a candid conversation with Kundan Ahuja, the young stylist spills the beans…

A fashion styling internship with L’Officiel India in 2010.

An editorial for Pigeons and Peacocks Magazine in the UK in 2014.

As a stylist what inspires you?

Sometimes it’s couture – I am a sucker for beautifully constructed garments. Sometimes it’s interiors and spaces. Could be unlikely colour combinations I find in nature and paintings. Inspiration is everywhere!

What’s your response to people who don’t consider fashion “artsy” enough? And I’m not talking design, but the other aspects of it, like styling?

Only when you compare the work of more than one stylist on an individual will you understand the potential a stylist has. Stylists have the power to make someone look like the best version of themselves or incredibly mediocre. So I do think styling is an art.

How are Rhea and Sonam Kapoor (Ahuja) to work with?

Inspiring. They are always one step ahead of the game. I learn something new every time I’m around them. I’ve been exposed to some of the world’s best designers because of them so it’s pretty great!

You’ve worked with Rhea and Sonam for Cannes, describe the madness for us…

Attending Cannes was one of the best experiences of my career. It’s a fashion girl’s dream. I visited the Chanel showroom among others, we shot in Elie Saab’s suite, got to select the most exquisite jewellery from Chopard and Bulgari. We had eight looks in three days with several fittings in between. Absolute madness!

Sonam is a very established fashion icon in the Indian scenario, and I’m sure she’s recognised abroad as well, but how does one stand out on the Cannes red carpet, considering that every single person there has come in their best?

I think all credit has to be given to Rhea here. She always has a vision for Sonam’s looks each year and the whole team (styling and hair+make up) works really hard to execute those ideas. I think it’s important to work with exceptional talent whom you trust and to understand your client’s personality so you can give them an outfit that they look and feel amazing in.

Describe a day in the life of a stylist…

Every day is different. There are days when I’m running from one fitting to another, working on call ins while I travel and eating meals in my car to save time. There are shoot days when you don’t have a second to breathe and days in between when you have to work from home that are more relaxed and easy.

Since you’ve worked (and continue to work) with Rhea Kapoor, who is like a style icon herself, do people (other celebs whom you sole style) have expectations?

I think I am the one with the most expectations (from myself) I always ask myself “Would Sonam/Rhea be happy with my sourcing?” If the answer is yes, I know I’m doing just fine.

What was that moment that changed your life?

I don’t think there was one single moment but working on a Koffee with Karan episode and styling a Bobbi Brown campaign, both with Tara Sutaria, working with Sobhita Dhulipala for the first time and meeting Karan Johar (while I was styling a project for Dharmatic Entertainment) were huge moments for me.

Ah, what a time it was, when we could all step out and Ranveer Singh (@ranveersingh) wasn’t shy to indulge in a bit of PDA… @deepikapadukone @karanjohar

3 thoughts on “Meagan Concessio on styling, Sonam at Cannes, being an artist and more”