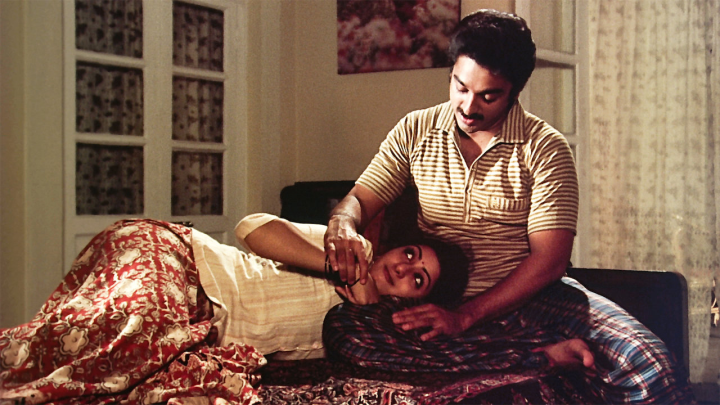 Most people my age discovered Sridevi only after watching Gauri Shinde’s English Vinglish. Some, like me, who are lovers of Hindi Cinema had watched her previous films before the release of her 2012 film. I don’t blame the former set of people. Sridevi’s last films (in a leading role) were Judaai and Kaun Sachcha Kaun Jhootha, both of which released in 1997. I was a year old then. And yet, growing up, I have admired her works in Judaai, Chaalbaaz, Mr India, and many more films. Yet, I had never watched Sadma (and Chandni, and Lamhe).

While in quarantine, I am going back to gems of Hindi and World Cinema that I have missed and often don’t have the time to go back to. I came across a recommendation on Instagram, by the lovely people at Leogirl Productions, wherein they recommended Balu Mahendra’s Sadma, starring Sridevi and Kamal Haasan in lead roles. While the film has forever been on my list, this recommendation triggered me to watch it, and I’m only thankful that I did, because this is what true, genuine cinema is.

The film is a remake of the Tamil film, Moondram Pirai, and traces the life of Reshmi/Nehalata, who is suffering from retrograde amnesia as a result of an accident and hence behaves like a 6-year-old child. Kamal Haasan’s Somu finds her in a brothel and decides to take her away to his home in Ooty, where he takes care of her. Throughout the film, that remains the purity of their relationship. And that is the biggest genius of the film.

The film rests on the shoulders of this relationship between caregiver and child. Somu does not know Reshmi and yet he brings her home to free her from the cruel clutches of brothels. He didn’t have to, but he does. He doesn’t have to teach her how to live, and perhaps enjoy life, but he does. And he does all of this solely because he is a good person. He cannot see this woman go through the foreseeable trouble.

Reshmi and Somu have brilliant moments together. In one scene, when they go from Bombay to Ooty, Reshmi decides to eat two cones of ice cream, together. She obviously cannot eat either, but the scene is only innocent. In another, Somu drapes a saree around himself to teach her how to drape a saree.

These are all simple scenes, nothing extraordinary, but you see beauty in them, subtle and understated.

That is perhaps where the actors come into play — Sridevi and Kamal Haasan, both legends in their own sense. I haven’t seen much of Kamal Haasan, but if this is how he performs, I must see more of his films. Somu is a complex character. He is comical, caring, authoritative, and all of this at once and separately. Balancing between these emotions, and dealing with the nuances of a 6-year-old grown up woman wouldn’t have been an easy job, but Haasan makes it seem like a cake walk. He’s that effortless on screen. It seems like this character (or maybe each of his characters) came very naturally to him. Even his scenes with Silk Smitha (as Soni), where he’s supposed to be awkward, are commendable. There’s not a single point in the film where he loses his charm.

And outrunning him is the wonderful Sridevi. Like Somu, even Reshmi is a very puzzled character. But she’s also annoying. After all, she is a child — always curious and loud. She cries at the drop of a hat. But Sridevi’s performance makes her loveable and not annoying. Reshmi is a character in constant pain, and who expresses pain as does Sridevi. Go back to each of her films and see how her eyes speak when the character is at a low. Take English Vinglish for example. When Shashi’s son drops all the ladoos, and she has to remake them, because of which she misses her test — look for her eyes in that moment. Sadma was a film early in her Hindi film career and yet, she had the maturity to deal with the emotions as she’s dealt with them in her 2012 release. And like Shashi, Sridevi even played Reshmi to perfection. There has been no one quite like her in recent times.

When I watched Janhvi Kapoor perform in both, Dhadak and Ghost Stories, I saw a part of Sridevi in her.

Of course, Kapoor has a long way to go before she can even think of matching up to the talent Sridevi was, but you see in Kapoor’s eyes what you saw in Sridevi’s — a hunger for the craft. I hope the young actor proves me right!

All in all, Sadma is a film that you must watch, for Sridevi, for Kamal Haasan and for the lost beauty of Hindi Cinema… 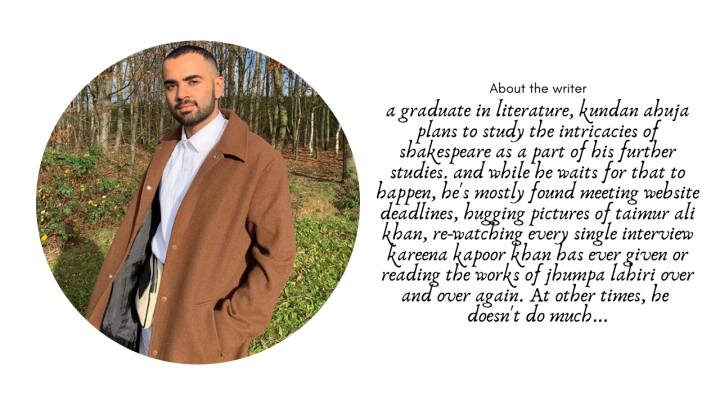