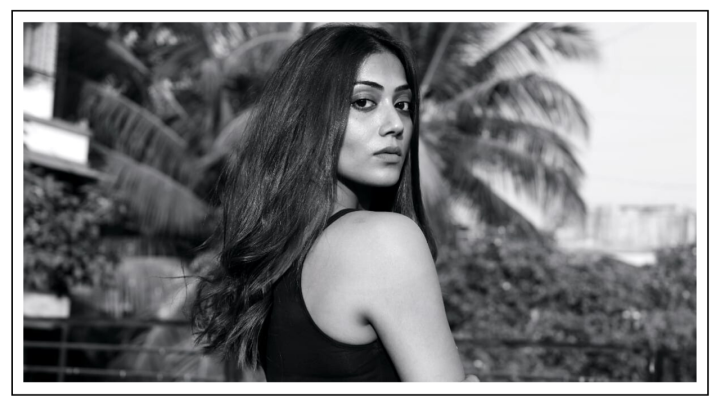 When I first saw Anindita Bose on screen, in the later episodes of the wonderfully written and made Paatal Lok, I saw the truth in her eyes and also the hunger to perform. It was perhaps this honesty that made her Chanda one of the most memorable characters of the show, even in a small role. Ask Bose, she doesn’t label Chanda as a victim of the various situations she is put in, but she rather sees her as an opportunist. She also adds that while most of her characters have been easy to figure out, even after the release and much celebrated success of Paatal Lok, she’s still trying to understand Chanda. While she does that, Kundan Ahuja spoke with Bose about the success of the show, how she’s changed as a person after it, her work in the Bengali industry, where she is a prominent name, and more…

Paataal Lok has become the show of the year, if I may call it that, how do you feel about it?

Of course I feel extremely happy. I never expected so much love. I always knew I was a part of a big show, but I didn’t see the love coming. I’m extremely overwhelmed by the kind of responses and appreciation that the show has been getting, that everyone in the show and I have been getting [for Chanda].

Now that you speak about everyone, did you ever feel that you might get lost in a pool of talented actors, especially considering that this is your debut in Hindi content?

When I went in for my audition, I kinda knew who all were already a part of the show. And I was only excited about the fact that I will be able to work with such wonderful actors. In fact I have a list of actors and directors I want to work with and Jaideep Ahlawat was a part of it, and I was just able to tick that off.

Not really. I’ve mostly done character roles all my life. For me, being overshadowed is not an option because even if I have a five minute role in a feature film, I give it my everything. I’m very confident in my craft in that sense. I would want my characters to be remembered. But again, I did not expect the love that Chanda has been getting. I mean, look at the memes and other content on social media!

What has Paatal Lok done to your career?

There are more enquiries – that’s what I’m getting to know from my manager. But the situation we are currently in, you’re not able to meet anyone. But there definitely are many phone calls coming in.

Now that you are under the radar, are there things you’re doing differently, like on social media?

Nothing has changed. I’m as stupid, as goofy. I’m the same.

Paatal Lok shows that women are the ones with hope and light in them, in an otherwise dark world. Who has been the light in your life?

My mother. I come from a broken family. Even when my parents were going through their divorce, my mother never made me feel that she’s going through a bad phase. She would always be smiling, still does. For her, no situation is a bad situation.

Is it difficult to come out of characters that have been in dark places?

For me it’s a switch-on-switch-off kinda situation. I don’t dwell so much on the character. When I had started acting, I didn’t really understand when to switch on and when to switch off. I’ve been with my characters for many days after the shoot is over too, but I saw the toll it was taking on my mental health so then I taught myself. Between action and cut, I switch from Anindita Bose to Chanda Mukherjee and then back to Anindita Bose. Staying with a character for long can be emotionally and mentally overbearing.

When you’re leaving a character is there a sadness that remains with you?

Depends. For characters I emotionally attach with, there’s definitely a particular kind of sadness when I withdraw from her. But it’s like for a day or two when I feel like going back to set, to being her and then I move on to who I’m going to be next. One has to.

How are Bengali TV and films different from how things work in Mumbai?

The Bengali industry is way smaller than our industry in Mumbai. In the Bengali industry, people are really warm and when I first came here (Kolkata), they were very welcoming, even though my Bangla accent is not proper. And not just the people in the industry, but even the audience has been so accepting. But coming back, I think the only difference is in the scale, because it’s not like the industry in Mumbai is non-welcoming.

How do you adjust to the pace between both the cities and industries?

Now I’m very used to the slow Kolkata pace. But there are times when I need a break from this and need the Mumbai noise around me, so I go back to Mumbai.

Bengali films have always been ahead of Hindi films in terms of the kind of issues they deal with, and the stories they choose to tell. What are you seeking in Hindi films, or any other platform in the Hindi language?

I always love to play characters who I’m not too comfortable with. What I look for in a role is something that would really challenge me as an actor. And Chanda was just that. She has so many layers. I’m still so confused about her. When I had a meeting with Prosit (Roy), Avinash (Arun) and Sudip (Sharma) Sir, I wanted to know who Chanda was and they said that she’s just someone who has fallen prey to the system, but isn’t a con woman, adding that she’s someone who is trying to survive. So in my head, I took her as a survivor, an opportunist, who is trying to find her way from paatal lok to swarg lok. These are the kind of roles that I seek, because they excite me.

You said in an interview that when you returned to Mumbai, even for an ad you had to give like 50 auditions. How does it feel to begin all over again?

It felt really good. In Kolkata everything was given to me on my plate. Kolkata has been really supportive and helpful, so the offers were always there. But then I decided to come to Mumbai and step out of my comfort zone.

How did you decide you wanted to become an actor?