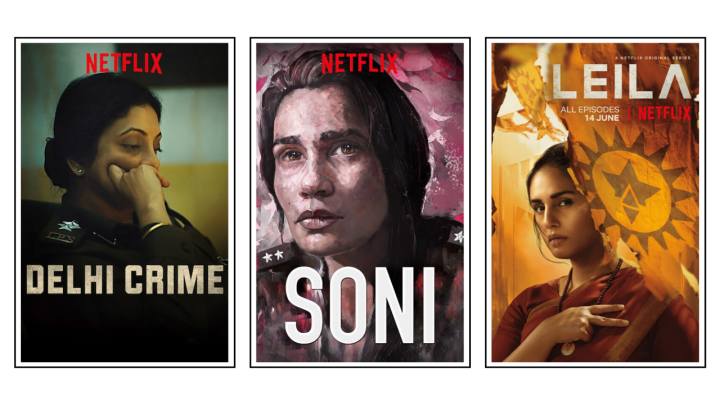 When I say Netflix Originals, I mean Indian content. And let’s be honest, a lot of Indian produced content on Netflix is not the best content we can set our eyes on, or invest our time in. Given the lockdown, we may have consumed any and every kind of content, but there’s always a line, beyond which one just wouldn’t go. Take Jacqueline Fernandez’s Mrs Serial Killer for example. It indeed was one of the worst film’s I have watched in recent times.

Yesterday, Netflix India, Zee Studios and Dharma Productions announced the release of Gunjan Saxena: The Kargil Girl directly on Netflix. If all was good, this Sharan Sharma film was was scheduled to have a proper theatrical release on April 24, 2020. But nothing has been good so far, and like Gulabo Sitabo and Shakuntala Devi among others, Janhvi Kapoor’s first solo lead film will be releasing directly on the OTT platform.

I’ve had really high hopes from Gunjan Saxena: The Kargil Girl, and truth be told, it is because I found the posters very promising, and over the two films that she’s been a part of, Janhvi Kapoor does seem to be a promising actor. How the film turns out, only time will tell, but for now, I looked back at Netflix India’s original content to list a favourite few…

Lust Stories is the finest collection of short films coming from directors, Anurag Kashyap, Zoya Akhtar, Dibakar Banerjee, and Karan Johar. Both Bombay Talkies and Ghost Stories have had interesting films, but Lust Stories stands out the most. The brilliance of this anthology is that its power lies in the women, and oh boy, do they deliver! Radhika Apte, Bhumi Pednekar, Manisha Koirala and Kiara Advani are all brilliant in their parts. This film is definitely worth your time!

Taj Mahal 1989 is a beautiful show about about love – love that lasts forever and even the kind we lose out on. With three couples (Sarita and Akhtar, Sudhakar and Mumtaz, Dharam and Rashmi) heading the narrative, Taj Mahal 1989 questions what all love can bear. Political differences, religious differences or a loveless marriage – what out of these breaks love first, or what mends it? What makes the show even more interesting are the wonderful performances by Neeraj Kabi and Geetanjali Kulkarni among others.

Brutal in language and acts, Jamtara is not for the light-hearted. A group of young men quietly run a lucrative phishing operation from a small village, until a corrupt politician wants a cut of the profit and a cop wants to fight it. Source Wikipedia.

Who doesn’t like Sacred Games! Well, I’m sure I like it, but not enough to put it on the number one spot on this list. Almost all of us have watched it. Perhaps Saif Ali Khan, Radhika Apte and Nawazuddin Siddiqui’s pairing has lured us into watching this masterfully written series. Or maybe there are other reasons, but one way or the other, most of us have watched Sacred Games, and are only thankful for it’s existence. Even though Season 2 was a little disappointing, it still is one of the finest shows coming out of India.

When a new prisoner arrives at a military detention center exhibiting eerie behavior, young interrogator Nida Rahim searches for the truth. Her quest becomes a battle for survival when the prisoner, sect leader Ali Saeed, turns the tables on Nida and the other interrogators, exposing their most shameful secrets. Nida ultimately discovers a ghoul inhabiting Saeed and — after telling her colleagues about it — learns the alarming truth about what its presence reveals. Source Wikipedia.

Why you need to watch Ghoul is because Radhika Apte is phenomenal in it. I mean, when is she not! You see Apte in this three part series doing what she does best: act. 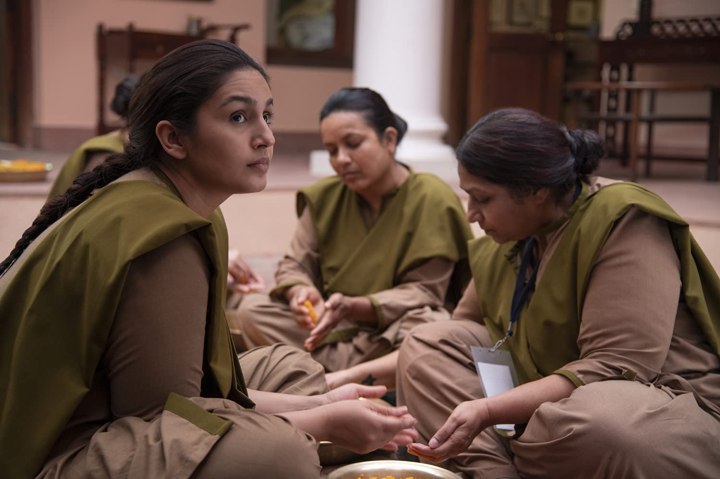 Leila is one of my favourite shows ever. I’ve loved the book (by Prayaag Akbar), and now I love the series as well. Leila is a dystopian drama in which a woman is looking for her daughter. It seems like a simple run and chase plot, but it’s not. Deepa Mehta’s Leila dives deeper into the political and questions a totalitarian regime. Much like the political status in India when the series was released and now, Leila is almost too real, and not so much at the same time. As Shalini, Huma Qureshi gives a wonderful performance, probably her best, and she lifts the entire series on her sole shoulders, of course, along with supporting actors Siddharth, Seema Biswas and Rahul Khanna among others.

Based on a Delhi gang rape case (the Nirbhaya rape case), this crime drama follows the Delhi Police investigation into the finding of the men who perpetrated the crime. Lead by the wonderful Shefali Shah, Delhi Crime is everything you can imagine it to be. It goes deep into the crime and the police investigation to understand power dynamics within and outside of the system and how dedicated some police officers are to their duties. This Richie Mehta show will shake you to the core.

Soni is perhaps the finest film coming out of India on Netflix. It’s a film that deserves to be shown on the big screen, but after touring a couple of international film festivals, the film finally released on Netflix. With terrific performances by debutantes Saloni Batra and Geetika Vidya Ohlyan, this film is a masterclass in acting.

A young policewoman in Delhi is working to address the growing crisis of violent crimes against women but suffers significant professional and personal setbacks. Source Wikipedia.

Apart from #DeepikaPadukone, #MinisshaLamba and #BipashaBasu, there was a fourth leading lady in #BachnaAeHaseeno, and that was #KatrinaKaif. But because the film was getting too long (the longest in Indian history if Kaif’s part was retained), the fourth character was entirely cut off and Kaif was dropped from the project. We wonder if Raj (#RanbirKapoor) would’ve ended up with Gayatri (Padukone) if Miss Kaif was a part of the film. Another trivia about the film is that while #PreityZinta was considered for one of the roles, #AmritaRao was offered one but she had rejected the film. As for Zinta, we don’t know what happened! #TuesdayTrivia #Tirvia #FilmTrivia #BollywoodTrivia #TriviaWithBB