Netflix’s Bulbbul is an enchanting film with powerful female voices

Female lead thrillers are often compared to Sujoy Ghosh’s Kahaani, and Anvita Dutt’s debut film, Bulbbul will be no different. After all, Kahaani has established itself as a benchmark that many directors aim to achieve. Clean Slate Filmz and Netflix’s Bulbbul is one of the closest films up there. Like Anushka Sharma’s previous ventures, NH10, Phillauri and Pari, Bulbbul too reimagines the world around us (and the fictional world) with a feminist approach, and that, in itself is the biggest win for the film.

Set in 1901 Bengal, the film is a retelling of the unspoken love between Rabindranath Tagore and his sister-in-law Kadambari Devi. Dutt’s film takes inspiration from this real life story and also borrows from Charulata. Bulbbul is a fairytale. There’s a princess, a prince, a fairy godmother (literally) and a lot many things that a young princess would want around her. But there’s also bad, which makes Bulbbul a gothic fairytale.

The film focusses on the royal family which lives in a manor in the country side. Bulbbul is a child-bride married of to an older Indranil (Rahul Bose), who lives in this manor with his twin brother Mahendra (Bose, again), his sister-in-law, Binodini (Paoli Dam) and his younger brother (Bulbbul’s age) Satya. When Bulbbul is married, she thinks she’s getting married to Satya and not Indranil. 20 years later, when both Bulbbul (Tripti Dimri) and Satya (Avinash Tiwary) are in their twenties, they’re separated because Indranil is jealous of their friendship. And, on many levels, I don’t blame him because they literally spend every living second together. Of course, you can debate this with ‘trust’ but we are talking about the early 1900s – women didn’t have the kinda freedom they have today, even though they deserved every bit of it, and that is exactly what Bulbbul probes into.

Major credit goes to Siddarth Diwan’s cinematography and Meenal Agarwal’s production design, which make Bulbbul a film you cannot miss. Every single scene is carved to perfection, made like art – the crimson hue is both powerful and haunting, it’s the colour of sindoor, of the Devi and of mensturation, of blood, and finally, also of the devil. The climax, layered in hues of orange is to look forward to. If “well written and well shot” needed an archetype, this scene would be it. The music by Amit Trivedi is scary, which means it’s good. It seems like the music wasn’t made for the film, but along with it.

What guides this very well written and directed film is the acting. Rahul Bose as both — the always incharge Indranil and as the man child Mahendra — is splendid. He adds an arc to both his characters and that’s just the beginning of what he does on screen. Paoli Dam as the always jealous sister-in-law Binodini is as perfect. She plays the transition from being the thakurain, to a devrani to a widow with a certain charm. There’s also the always reliable Parambrata Chattopadhyay who plays the family doctor, Dr. Sudip. After Kahaani and Pari, it seems like Chattopadhyay is a master of playing the good man in a bad world. He plays the doctor with complete ease, and outshines every single person he shares the screen with. Avinash Tiwary and Tripti Dimri are the lead pair. We’ve also seen them in Imtiaz Ali’s Laila Majnu. Like in their first outing together, even in Bulbbul they deliver and how. But unlike the first film, here Tiwary is the weaker link. And maybe he isn’t the one at fault, but the writing gives Dimri more scope to shine. Bulbbul is her film and nobody can take that away from her. You see Dimri become Bulbbul, in every aspect of the character. The abandonment Dimri goes through to play Bulbbul is striking — when she’s fanning herself, walking down corridors, delivering dialogues, crying, or even just staring. This is a breakthrough performance.

Writer-director Anvita Dutt masterfully blends in symbols and motifs in the film. Feet play an important part in her story, women’s feet and those of the chudail. Peacocks are also important in the sense that you see Bulbbul always fanning herself with a fan made of peacock feathers, as if she’s waiting for it to rain and open her feathers.

I will say what I said in my review of Paatal Lok: We need producers as brave as are Anushka Sharma and Karnesh Sharma (of Clean Slate Filmz). After the series and now Bulbbul, they’ve proved that what voices like Anvita Dutt’s need is just a push, a backing and only then films like Bulbbul can be made.

The film bases itself as a horror story about a chudail. But beyond the crimson screen, it’s about the horrors that women went, and continue to go, through in their daily lives, with domestic violence at the forefront. As Dam’s Binodini points out:

Even Bulbbul is about a lot more than what seems on the surface. Each of Sharma’s films have dealt with social issues and so does Bulbbul. It talks about the violent men, the apathy in them and the helplessness of women, especially in earlier days. So here comes Bulbbul, mainly as a reminder that women are no longer damsels in distress. They don’t need to be saved, in fact, if you’re lucky enough, save yourself from them. 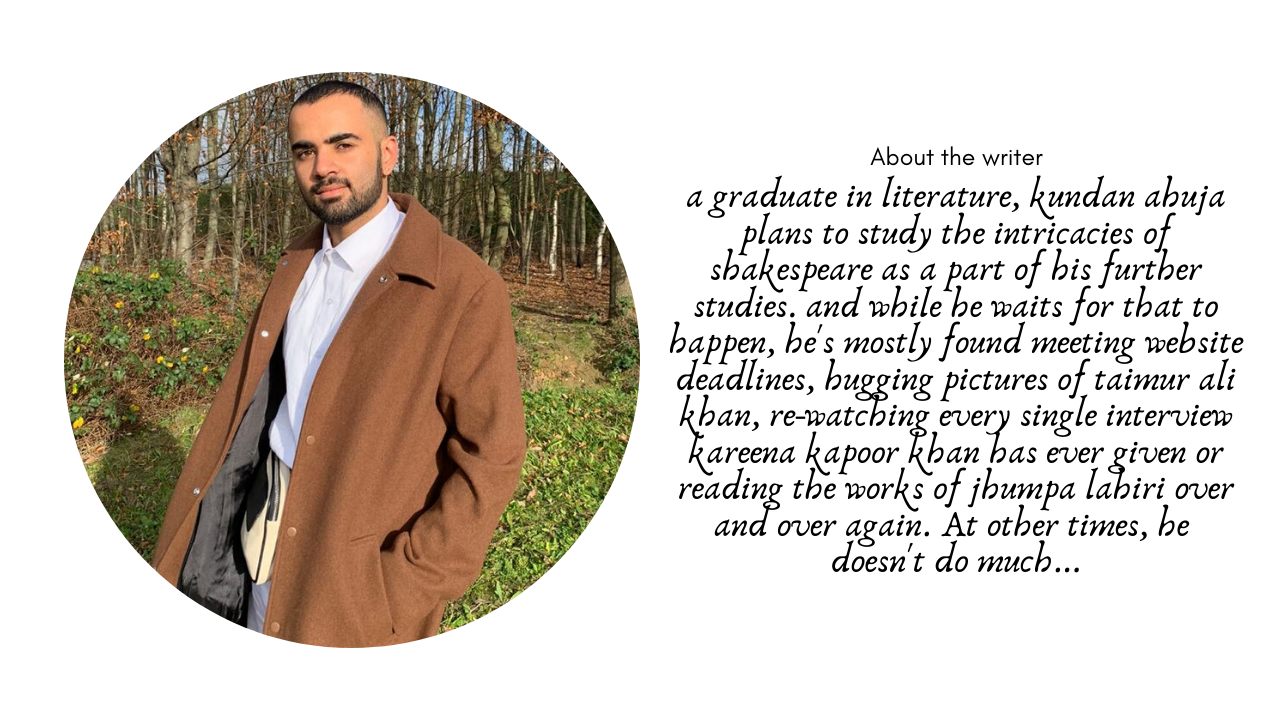