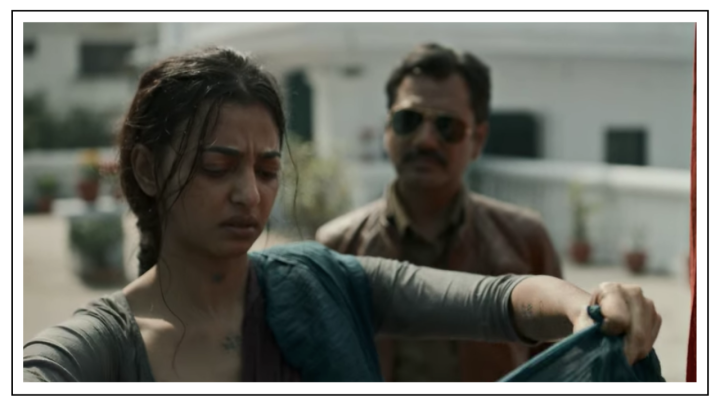 Patriarchy, misogyny and abuse are floating themes in Honey Trehan’s (@honeytrehan) #RaatAkeliHai. But the genius in #SmitaSingh’s writing is that not once do any of these themes overpower the fact that the film is a thriller at the end of the day. We see the women, Shweta Tripathi Sharma (@battatawada), Shivani Raghuvanshi (@raghuvanshishivani), among others, always speaking in the background. They often let the men take the centre stage as they suffer in the margins, except of course when they’ve had enough.

Two women, however — Radhika Apte (@radhikaofficial) and Ila Arun — are quite the opposite. These are women from outside the haveli, but are somehow connected to the horrors of it. Apte plays Radha, a mistress of sorts and Arun is Jatil Yadav’s (Nawazuddin Siddiqui) mother. Both these women are empowered, unlike the other women in the film. They refuse to be mere victims of patriarchy, but somehow, somewhere, they too become a part of the entire system. It’s almost subconscious, but that’s how it is for them. This is their liberation, however big or small. In this scene, perhaps one of my favourite scenes, Siddiqui’s Yadav is telling Apte’s Radha that she has been used. Even though there is a moment of heartbreak, she knows how to not give in. She also knows that now that the old landlord is dead, a lot of the power resides in her hands. Radha is a woman who has never experienced love – at home or outside the confines of it. She’s always only been used. But she’s also naive. She is hopeful. She believes if she’s told by a man that he will flee with her. That is the beauty of her character. There’s so much wrong that’s happened with and around her but she still holds on to her hope. It reminded me of a dialogue in Sujoy Ghosh’s Kahaani 2, where Vidya Balan says something like, what will remain of us if we lose onto our hopes? That’s perhaps where Radha too comes from. Betrayal never puts her down, it only makes her stronger.

She knows her background. She knows she’s been used by the landlord, and then by one more man, but she’s not ashamed of it. She wants every single character, & the audience to accept her how she is, with her flaws intact.