Were we, as society, not ready for a film like Kabhi Alvida Naa Kehna or ashamed to look into a mirror?

More than anything, why Karan Johar’s (@karanjohar) #KabhiAlvidaNaaKehna worked for me were the female characters he had drawn — all three of them — Rani Mukerji’s Maya, Preity Zinta’s (@realpz) Rhea and Kirron Kher’s (@kirronkhermp) Kamaljit. They’re all so empowered in their own sense, while each of them has distinguished dreams, hopes. While I absolutely love the film, it’s scenes between these women that I always look out for, especially two scenes — one where Kamal asks Rhea if she can stay in the latter’s house once her son leaves and the second (the one in the pictures) where Rhea confronts Maya. 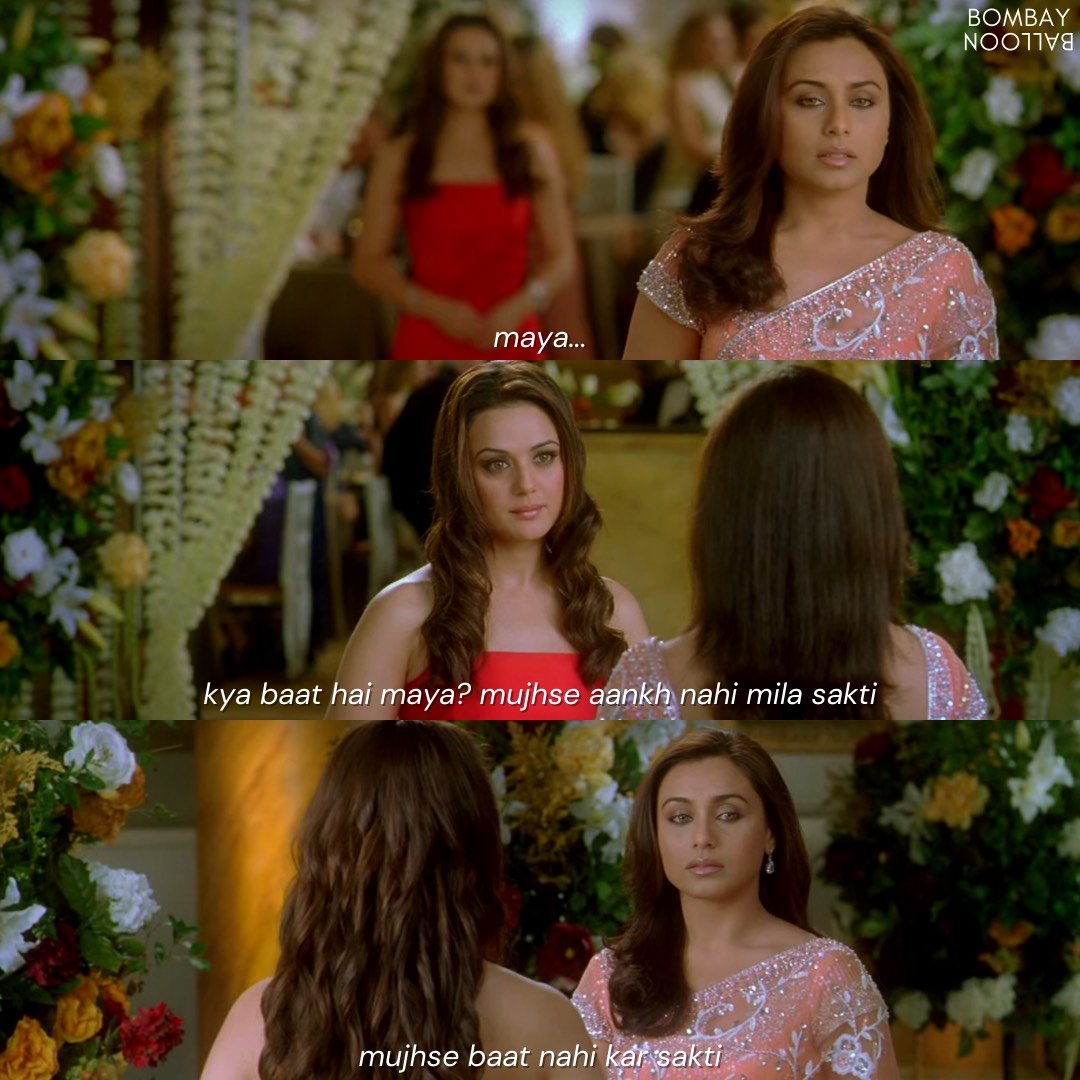 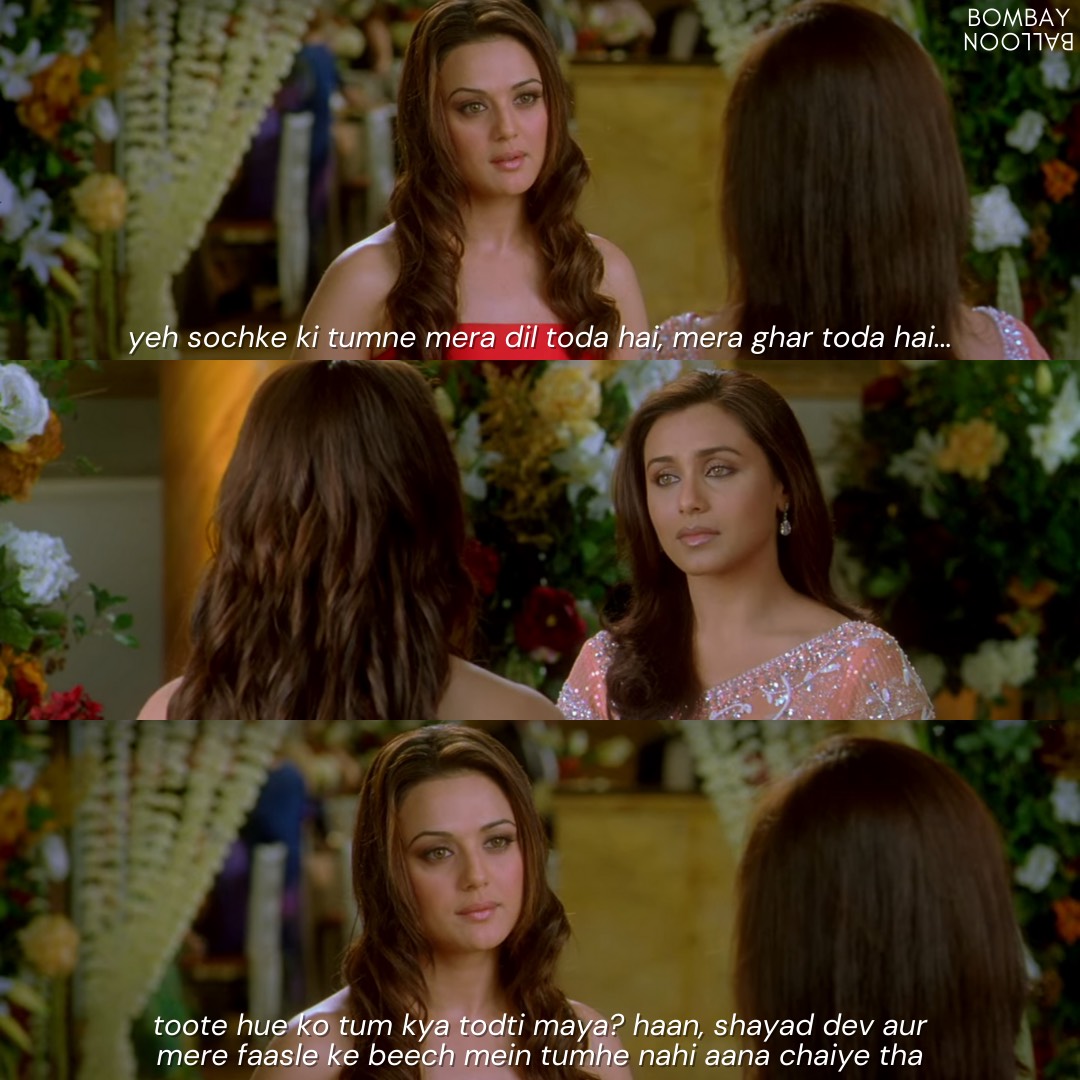 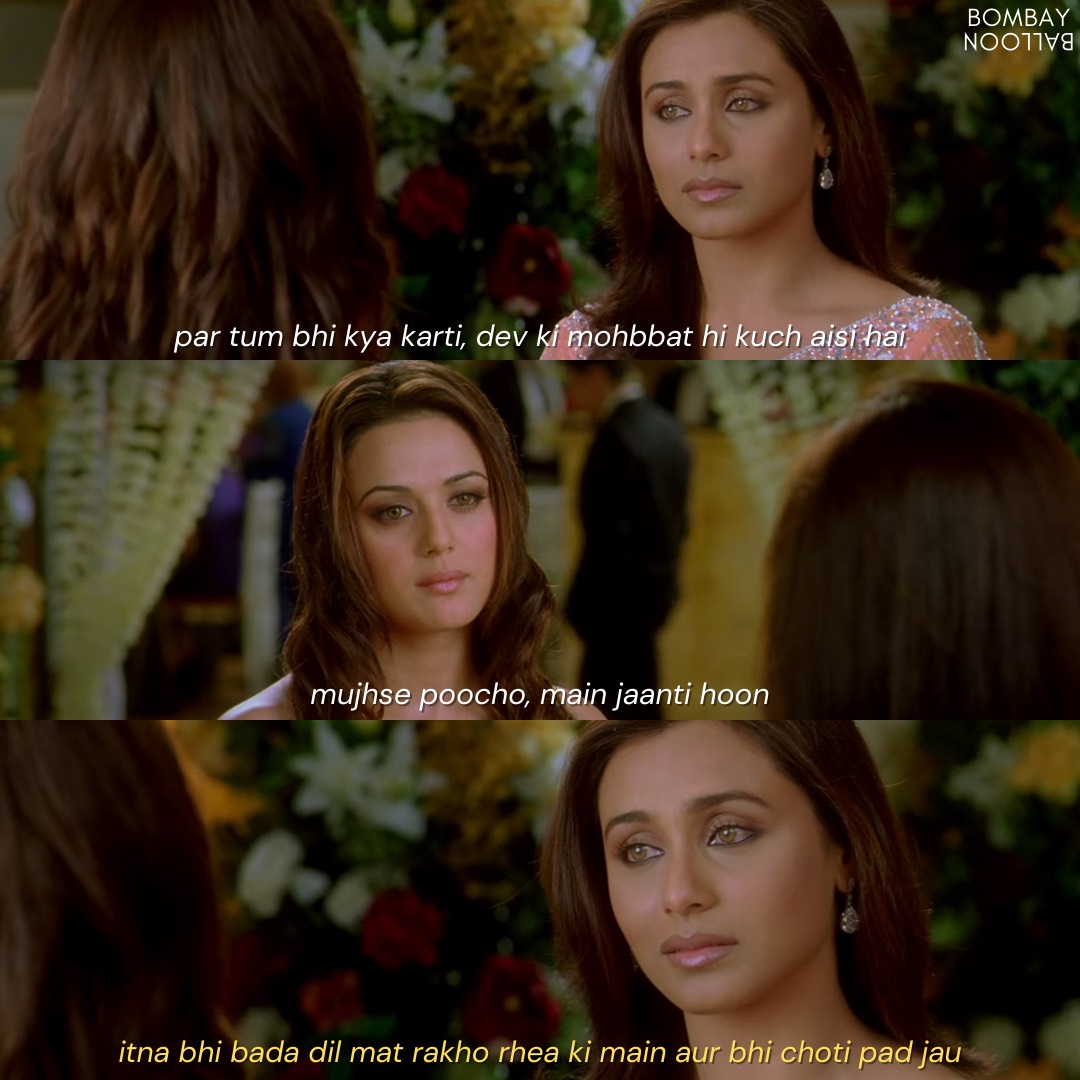 There’s no malice in her. She’s not calling Maya out, there are no evil intentions. She wants Maya to meet and eventually be with Dev. But there’s also a mental, very subconscious reminder that even though she was holding together an already broken marriage, it fell apart because of this woman. She knows the kind of emotions that may have rushed through Maya because at one point in time she’s felt the same and she knows Dev, she knows the passion with which he loves, with which he gives. That’s perhaps why they got married in the first place. What I love about Rhea is that the fact that she got ‘too busy’ for Dev and maybe too successful too never comes between herself and what she wants out of life. Yes, she wants a happy, everlasting marriage too, but not at the cost of her career, not at the cost of the other things that make her happy. She explicitly remarks that she’s not one of those women who make an effort to save their marriage just because they have a child. While this is who Rhea is, Maya us quite the opposite. All she ever dreams of is a home, a family. She comes from a place where she’s never really understood what it means to be family, and that’s clear very early on. That’s what she longs for, and finds in Dev.

In the final confrontation, we see the best of both Mukerji and Zinta. Anyway, their chemistry is too good, and here it’s just bang on! The tension, the emotions, the eyes — everything is just perfect!

Renowned Urdu poet and lyricist, #RahatIndori passes away in Indore. Rest in peace… Our condolences to friends and family.