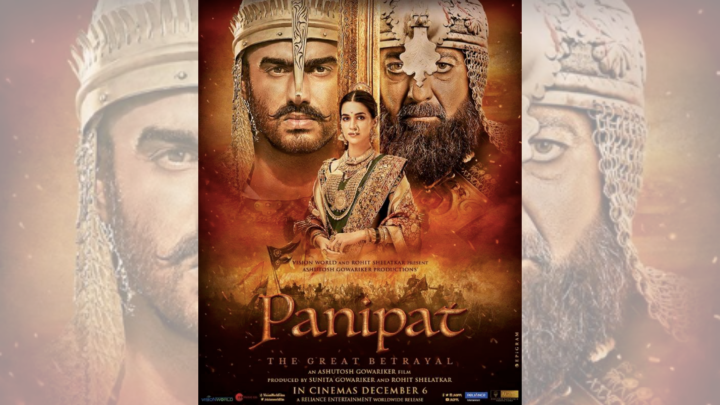 The talks about Kriti Sanon’s Parvati Bai in Panipat being very similar to Priyanka Chopra Jonas’ Kashi Bai in Bajirao Mastani started doing the rounds by just the posters of the films and how similar they were. Have a look:

Now, that the trailer of Panipat is out, the floor is open for more debate on how the two films are similar. But what we need to realise is that both the films are very different. Yes, the study and portray the honour of the Marathas but while Sanjay Leela Bhansali’s film focussed a lot on Bajirao’s affair with Mastani, Ashutosh Gowarikar’s Panipat talks more about battle and the devotion Arjun Kapoor’s Sadashiv Rao has for his motherland, and also his wife, Parvati Bai. The film is about the battle between him and Ahmad Shah Abdali, one fighting for the love for his motherland and the other out of greed.

While Arjun Kapoor and Sanjay Dutt seem convincing in the trailer of the film, Kriti Sanon doesn’t seem to fit in so naturally in the role of a Peshwin Bai. But that’s too early to say. Only time will tell.

Starring Arjun Kapoor, Sanjay Dutt and Kriti Sanon in leading roles, this War epic entails the events that led to the Third Battle of Panipat, and releases on 6th December.

One thought on “Panipat: Promises the grandeur of Bajirao Mastani”